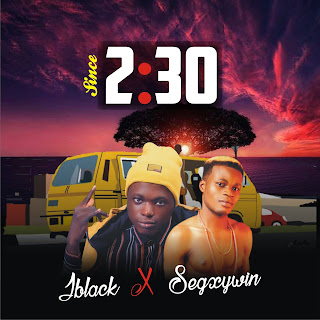 After so much anticipation that almost get out of the hand, as fans are aggressively begging for the release, the Nigerian independent new afro style artist, JBlack, so creative with his type of music; says, sorry for the wait.

Unlocked and debuts his first ever sensational joint, "Since 2:30", the sound that speaks about his hustle, his parents will for him, which we presume would be the world best number of all time, featured the versatile afro king, Segxywin, the raving afro artist with trending, doing well Album, "Afro Boy Things", taken afro sound to another level with JBlack as the both create a magic a-list record for every listeners; on an Instrumental produced by EaziMusicBeatz, mixed & mastered by Hotbeatz.

You Won't Hesitate Bumping The Jam